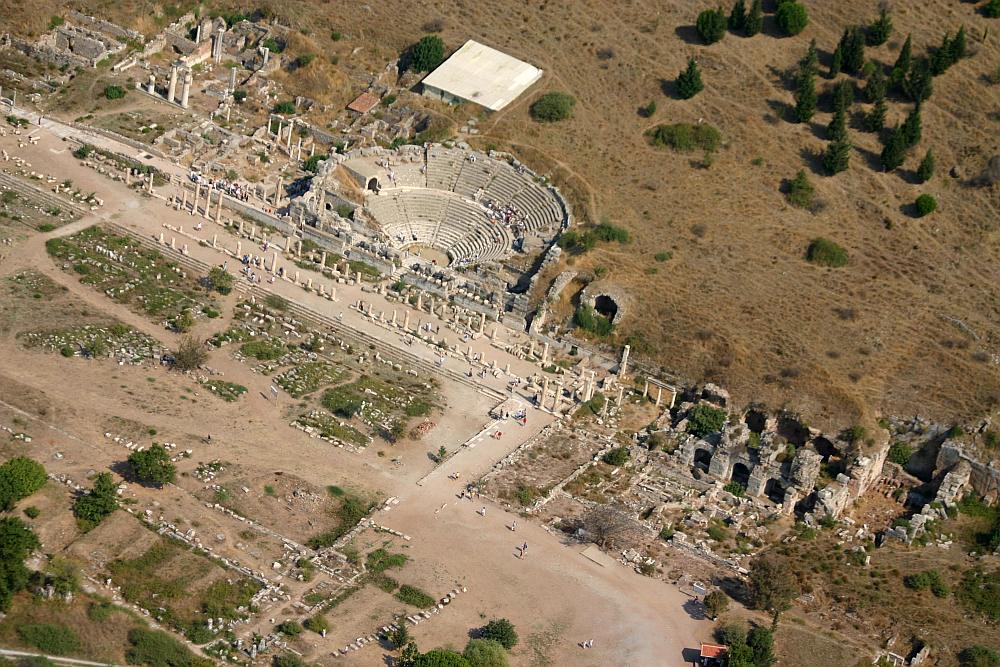 Ephesus; Ancient Greek city of Asia Minor, near the mouth of the Menderes River, in what is today West Turkey, South of Smyrna (now Izmir). One of the greatest of the Ionian cities, it became the leading seaport of the region. Its wealth was proverbial. The Greek city was near an old center of worship of a native nature goddess, who was equated with the Greek Artemis, and c.550 B.C. a large temple was built. To this Croesus, who captured the city, contributed.

When Lydians attacked their cities, Ephesians defended themselves by tying a rope from The Temple of Artemis. But it was not a good way to defend a city. Croesus of Lydia captured it easily however he did not destroy. The city reached the "Golden Age" and became a good model to the Antic World in culture and art, as well. Building of the Artemission was going on.Croesus had a great respect to Artemis and he donated 36 columns with sculptures in relief. Some parts of these sculptures are in the British Museum today.

Book now to have a great day within Ephesus